Mr. HoKew Lee was born in the thirties, after graduating from Hong Kong middle school he majored in electric engineering at the Taiwan University. After graduating college, he moved back to Hong Kong to teach at a local school. Not long after, he immigrated to the United States to inherit his father’s business, including farming and real estate.

Justin Chin-Shan Yu was born in 1945 in Chongqing, China. His family was originally from Manchuria, China and he lived in Beijing until the age of four when his family had decided to relocate to Taiwan because of the escalating Chinese Civil War.  His mother is the late Cecilia Hsiu-Ya Chang, a renowned Chinese author with a writing career that spanned over 70 years. She was honored posthumously by the US Congress in 2001. He is also the nephew of the late Cardinal

Justin obtained his Bachelor of Arts in Economics from National Taiwan University and immigrated to the United States in 1970 to pursue his studies, eventually earning a Master of Science from the Pratt Institute in New York.  He started to call Chinatown, New York his home in 1977 after living in Jackson Heights, Flushing, Brooklyn and Fort Lee, NJ.

Prior to retiring in 2006, Justin worked for 25 years as a reporter specializing in immigration issues for the World Journal Daily, the largest Chinese newspaper in North America.  Before joining the World Journal, he was employed with Greenwood Textiles, located in Manhattan.

Aside from his current duties as Executive Director and Vice President of the Chinese Chamber of Commerce of New York, Justin’s other civic accomplishments include:

Harvard H. Tang immigrated to the United States with his family in 1960. He graduated from Baruch College and in 1970, joined the army and fulfilled his commission far away in Germany. After his honorary discharge from military service, he started a business in education in New York City. Besides his own business, he also contributed to the community as the commander of both the New York County Organization and the American Legion in Chinatown. He served the veterans of New York City with outstanding and enthusiastic accomplishments. He is also currently the president of New York NanYan Organization, as well as the vice president of The Chinese Chamber of Commerce of New York. In addition, he contributes to the Chinatown community by taking on many other important duties and providing valuable advice and suggestions to those who need it.

Mr. Kenny Leung established Hung Chong Imports Inc. in 1974, becoming one of the largest kitchenware importing companies in New York for the Asian community.  Aside from also creating Sun Hung May Inc., a distributor of meat produce, he is also responsible for LCCW Realty, which is responsible for covering the Northeast area.  Having a great eye and knack for business, Mr. Leung is a great representative of the successful entrepreneur.

In 1978 Mr. Kenny Leung became a member of the Chinese Chamber of Commerce, quickly rising up the ladder to board member and auditor.  A successful businessman, caring board member and always a willing participant of all community events.  In the year 2012, Mr. Leung was elected as Vice-Chairman of the Chinese Chamber of Commerce.  What he’s earned from this community, he’s given back ten-fold.  He spends a great amount of time with such great effort, to support all of the Chamber’s day-to-day activities and events.

Aside from his duties as Vice-Chairman of the Chinese Chamber of Commerce, Mr. Kenny Leung is also the President of the Chung Shan Association and has been since 1985.  For the past 30 years he has fully supported all members and been very involved in the activities organized by the CCBA including the yearly Spring Ceremony.  His participation and role in renovating the building of where the Chung Shan Association has gained appreciation and recognition from all the members.His father, Mr. Ngai Kuan Leung, was also a board member of the Chinese Chamber of Commerce and a strong supporter of all events and activities. 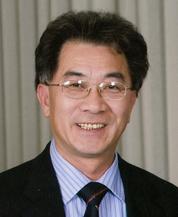 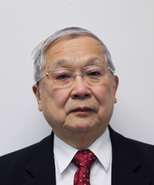 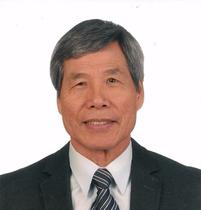 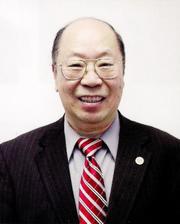